Not all that glitters… is gold.

My trip to the Cannes Film Festival 2019

We may have #metoo but we still also have, compulsory wearing of high heels but only for women.

Every year I wonder at the spectacle that is the glitterati fest on the Cote d’Azur.

This year was no exception except I was more pondering than in awe.

I waited patiently, listened to and observed the crowd for two hours as we awaited the arrival of the Rocketman himself. Elton John and David Furnish arrived on time and Elton was clearly struggling at times to keep his emotions in check. 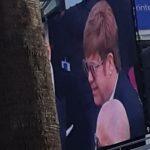 I empathise. Happy occasions can bring just as many tears to my eyes as sad ones and now that I have the seen the breathtakingly and fabulously original Rocketman I totally get it.

The emotions must be so mixed for Elton and all those who love him.

But his story is not unique; in fact there is a definite pattern of behaviour that causes all sorts of ructions in families. Those families who like me, in my 60’s have parents in their 90’s and we really are trying to understand the Keep Calm and Carry On generation.

Many women who were new wives and mothers in the 1950’s were totally swept up in the government’s, dare I call it propaganda, that led these women to believe that not only was their place in the home but to strive for the next upmarket ‘white goods’ for their kitchen which was the be all and end all.

The little woman divided her time between household chores, husbands’ needs and children and not necessarily in that order.

I think it is fair to say and from experience that the current 90 year olds felt at the time they were doing their best.  These Brit versions of Stepford Wives were by and large, straight from childhood home to husband. Any job was considered a fill in until they found the right man. This concept still prevailed well into the 60’s and early 70’s

Many unhappy marriages ensued and many stayed wedlocked. But some broke free divorced and remarried.

Elton’s story had me and I expect many other baby boomers nodding to the point that I felt like I belonged on the parcel shelf of a Ford Cortina.

For any child in the 1950s to have expectations outside of their social class or heaven forbid, dreams of stardom were rarely met with anything other than a snort of derision.

Of course everyone’s story is different. Elton’s mother, Sheila, no doubt remembered things differently but at least she was there!

Now, out of the woodwork comes Elton’s half brother, Geoff, outraged… ‘Our father was not like that.’ (Not with him, no)

First of all, four words.

You were not there.

By this I mean he was not there when Elton was young and his father, Stanley was married to Sheila.

Second of all, people behave differently around different people.

We all have an element of Jekyll and Hyde to our personalities.

Some much more than others

Basically, his half brother has no right to comment on how Elton felt as a young child.

He was not there.

The father he knew was obviously a ‘different man’.

Dysfunctional marriages (or any relationship will do that)

I watched Elton and David and Taron Egerton walk onto the red carpet and Elton bit his lip. Such a bittersweet moment. One that he will no doubt be feeling for every premiere but hopefully nothing as overwhelming as the first viewing of Rocketman ( see interview Observer magazine 26/05/19) when 15 minutes in, he, Elton started to sob.

To lay one’s life bare for the world to see is incredibly brave. A story that needed to be told but… and what a telling it is.

As much as I love Elton (warts and all) I have always disliked with a passion, musicals unless you count Priscilla Queen of the Desert. My ‘go to’ film when feeling down.

I did not enjoy Bohemian Rhapsody and was worried that a feeling of disloyalty was about to take over but I couldn’t have been more wrong.

The fantasy elements and there are quite a few used as a vehicle to introduce so much of Elton and Bernie’s timeless compositions, worked so well. These were juxtaposed to the raw, living room drama that ensued with his grandma, mother and father which were utterly heartbreaking.

So, I watched in awe at Elton’s arrival at the premiere of the Cannes film festival and then my heart broke watching Rocketman a few days later in Andover.

Back on La Croisette I marvelled at the ridiculous amount of money that the whole 10 day extravaganza involves and had to admit for the first time a real feeling of…maybe this life was never meant for me.

We all have dreams.

I wrote my Oscar acceptance speech for Best Original Screenplay back when I was at university in 2003. I have the dress, the bag, earrings, just need the shoes.

Have all successful artists been through emotional hell at some point?

Would Elton have traded a happy childhood for his crazy wonderful journey?

He has worked a lifetime and is now so happy with David and the boys.

The one line that absolutely struck a chord with me was this.

He changed his named. I changed my name. He went full steam ahead to pursue his passion. I dabble. Or as one friend said. You have one foot in and one foot out…

Maybe the red carpet is out of reach this lifetime but who knows?

This brings me to another side of life witnessed during my stay in the south of France.

A lady of a certain age (well into her 80’s) was crossing the road after her morning swim. She was wrapped from head to toe in white towelling. Her make up intact and bracelets jingle jangling, she looked every bit the film star but suspect she wasn’t. 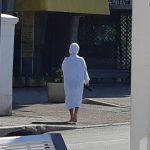 Then next I day I witnessed three ladies again in their 80’s having lunch in a fairly unprepossessing café in Juan les Pins.

The waiter greeted all three as if they were celebrities.

And locally I guess they were. They spent the next hour and a half discussing family, friends (okay I am guessing) and sharing photos on their phones and roaring with delighted laughter at the waiter’s attempts at flirtation.

Then along comes one waitress who is heavily pregnant. She gets the third degree.

Due dates, which hospital, boy or girl, names? Etc etc…

Coffees arrived and I was tempted (but unsure of my French) to ask if they were childhood friends or recent acquaintances.

Either way I’m not sure they were any less happy than some of the octogenarians who have lived the Hollywood dream.

And if you haven’t seen Rocketman be prepared to nod, laugh, cry and applaud!

There I said it and hell hasn’t frozen over.

But love is love.

Dedicated to the wonderful team at careandchoice.co.uk

This website uses cookies to improve your experience while you navigate through the website. Out of these, the cookies that are categorized as necessary are stored on your browser as they are essential for the working of basic functionalities of the website. We also use third-party cookies that help us analyze and understand how you use this website. These cookies will be stored in your browser only with your consent. You also have the option to opt-out of these cookies. But opting out of some of these cookies may affect your browsing experience.
Necessary Always Enabled

Any cookies that may not be particularly necessary for the website to function and is used specifically to collect user personal data via analytics, ads, other embedded contents are termed as non-necessary cookies. It is mandatory to procure user consent prior to running these cookies on your website.